Redwall: The Legend of Redwall Abbey is a two act children's musical based on the book Redwall adapted by Evelyn Swennson and published by Dramatic Publishing. It was officially published on May 5, 2004; Vince Leonard contributed the orchestrations.

The premiere was on March 7, 1998, at the Grand Opera House in Wilmington, Delaware. The original Opera Delaware production was directed by Leland Kimbal, with music conducted and directed by Evelyn Swennson.

The musical has an approximate running time of 80 minutes, but may be cut down to an hour if desired.

The script itself is around 80 pages in length. See here for excerpts.

The song "Redwall Abbey is a Place of Peace" received a composition award from the National League of American Pen Women Inc. in 2000.

Musical. Book, music and lyrics by Evenlyn Swensson. Based on the book by Brian Jacques.

Based on the first book of the acclaimed Redwall series, this adventure-packed musical tells the tale of a courageous mouse, Matthias, and how he saves the abbey from the cruel rat, Cluny the Scourge. As the Redwallers gather to honor their abbot and remember their hero, Martin the Warrior, the mice sing about their happy life in "Brothers of Redwall." They are interrupted by the singing of the rats, bragging about their leader, "Cluny the Scourge," as the "scrappiest, scruffiest, rowdiest, raunchiest rat in history."

Cluny demands that the abbot give him the abbey, but little Matthias rips the articles of surrender.

Though the mice practice to defend themselves with sticks, Matthias knows that mice will need more than sticks to fight the rats and asks Warbeak, a sparrow, to help him find Martin's sword, which was stolen by a giant snake, Asmodeus. With the help of the shrews, Matthias finds the sword, defeats Asmodeus. In the final battle with Cluny, Matthias wins by his wits, not by the sword, and Redwall is again "A Place of Peace."

A promotional CD featuring samples of the following songs from the musical is also available from Dramatic Publishing:

Cast from the premiere

This YouTube video is a photo slideshow from a performance of the play, circa 1998 (no audio).
The Legend of Redwall Abbey

The following consists of short, not-the-greatest-quality video clips from the play from the late 1990s. 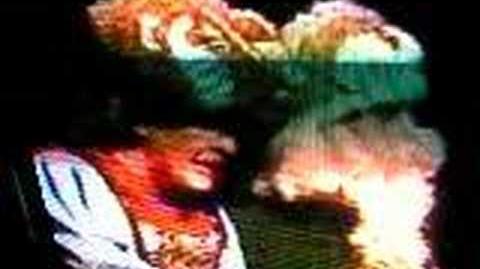 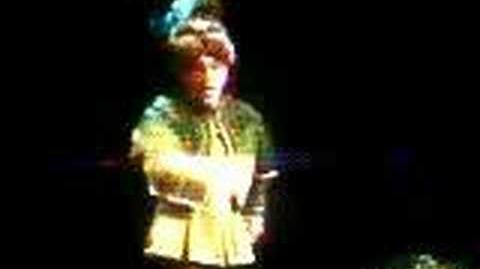 Retrieved from "https://redwall.fandom.com/wiki/Redwall:_The_Legend_of_Redwall_Abbey?oldid=262161"
Community content is available under CC-BY-SA unless otherwise noted.