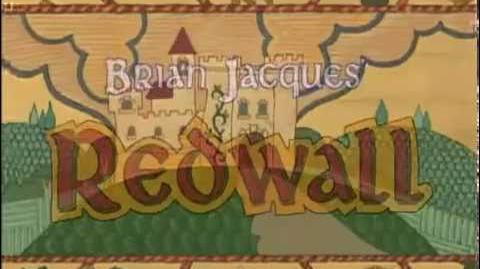 Redwall - Season 1 is the first season of the Redwall TV Series. It is based on the novel Redwall. The Czechoslovak State Orchestra provided the soundtrack.

View all of the Season 1 PBS episode featurettes at once here.

It is the Summer of the Late Rose, and all is at peace...yet a sinister shadow approaches.

Cluny the Scourge, the most evil and savage of bilge rats, has come with his rodent horde to conquer and to destroy. The only hope for the Abbey's salvation lies with a bumbling young novice and a legendary lost sword.

Brian Jacques' Redwall - Season One weaves a powerful tale of fantasy, courage and epic adventure, of a wondrous quest and the enduring strength of friendship. This delightful world of Redwall - a place of peace and beauty, companionship and courage - has captured the hearts of millions of readers worldwide.

In 2003, an eight-volume DVD set of the show was released. The first four volumes contain season one.

In Germany, season one was released in several different volumes.

In 2003, a three disc set of the show was released in Russia.