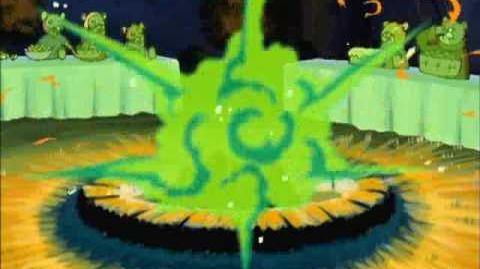 Redwall - Season 2, also referred to as Mattimeo: A Tale of Redwall, is the second season of the Redwall TV Series. It is based on the novel Mattimeo.

View all of the Season 2 PBS episode featurettes at once here.

In succession to the DVD release of Season One of the Redwall TV Series, Funimation continued to release the following seasons. The second one, Mattimeo was really the product of all the experience and improvement on the first. Where the first diverges from the storyline, the second develops, there being far less departures from the actual story. The release of Season 2 marks the first real release of Mattimeo for DVD formats other than European.

It has been a peaceful season as the Abbey dwellers prepare for their mid-summer night's feast. But a band of wandering entertainers hides a villain from Redwall's past, his revenge soon played out with the abduction of the Abbey's youth.

Thus begins a perilous hunt to recover the kidnapped offspring, and an even more valiant attempt to defend the Abbey for those left behind.

A valorous father and a wayward son. A peaceful society thratened by evil. Brian Jacques' Redwall - Season Two unveils the next generation of Redwall heroes. With its stirring narrative, encompassing the many joys and struggles of life, Mattimeo: A Tale of Redwall is worthy continuation of the beloved and successful Redwall series.

In 2003, an eight-volume DVD set of the show was released in France. The last four volumes contain season two.

In 2003, a three disc set of the show was released in Russia.